Yeast are very complex little creatures.  They're a single celled fungus, and the type that is primarily responsible for alcoholic fermentation is called saccharomyces cerevisiea.  The inner workings of a yeast cell are much like those of our own cells, with similar internal structures that have great names like mitochondria, golgi bodies, and endoplasmic reticula.  They really aren't that different than we are on a cellular level.  The major differences are the way in which they get energy from their food source, and what they produce as a result.  In a very basic sense, fermentation is how yeast get energy to live.

As important as grapes are themselves in wine aroma, the bulk of the aromas in wine arise through the fermentation process, that is to say, yeast take what is present in the grapes and convert it into aroma and flavor.

The major aromatic compounds that come from yeast action are organic acids, higher alcohols, esters and aldehydes.  As yeasts go about the business of producing alcohol, it's not a linear process of sugar in alcohol out-- there are a number of steps that the sugar goes through and at each step an intermediary is produced.  Some of these go on to become aroma compounds rather than alcohol.  In addition, sometimes the alcohol reacts with one of the intermediary products to form an aroma compound.  It's all part of a living system, and living systems tend to be pretty complex.

The major compounds that yeast are resposible in wine are volatile fatty acids, higher alcohols, esters, and sulfur compounds.  With many of these compounds, the effect of their presence can be either pleasant or unpleasant depending quite a bit upon their concentration in the wine.

Volatile fatty acids include compounds like acetic acid, which is essentially vinegar, and octanoic acid, which can taste sweet and buttery, and they are the products of two enzyme systems in yeast.  They can range from oily to rancid to sweet and back again.

Higher alcohols are formed through the interaction of amino acids and sugars, and can account for such aromas as marzipan, fresh grass, and flowers.

You may remember from our discussion on grapes that esters are responsible for general fruity aromas in wine.  Yeast produce these through sugar byproducts-- from a reaction between alcohol and a compound called acetyl-CoA, or through an interaction between amino acids and alcohol.  They can give the wine aromas like banana, violet, and pear.

Unfortunately, yeast also can produce sulfur compounds that can add an unsavory note to wine.  If you've ever had a wine that smelled like rotten eggs, burnt ruber, onion, or boiled cabbage, you know what I'm talking about.  Those are yeast-produced aromas, and they're all sulfur compounds.  Luckily, properly managing the fermentation process can ensure that yeast don't produce these in levels that are detectable.

This is obviously a very compressed version of how yeast contribute to the aromas in your glass of wine, but barring getting too deeply into metabolism, I hope it has helped illuminate the important role that yeast have to play not only in producing the alcohol in wine, but in the development of the aroma and flavor itself.

We're finally coming to the close of our bottling season.  Whew.

If you've been into our tasting rooms, hopefully you've gotten a taste of our recently released 2015 Cabernet Sauvignon, 2016 Sauvignon Blanc, and 2016 Rose.  Allow me to give you a sneak peek of some of our upcoming releases...

And stay tuned for more...

It's going to be a great summer!

This roadrunner has been strutting all over the hood of Tom's truck like he owns it.

Everyone would like to think that their wine is fermented grapes and fermented grapes only, but I'm here to break it to you: that's almost never the case.  Luckily, I'm also here to elucidate what might have been added to the wine you drink and most importantly, why.

Which brings me to an ingredient that I am very passionate about.  Sulfur.

More specifically, sulfur in the form of sulfur dioxide.  Good old SO2. 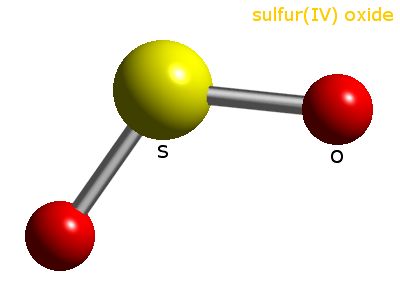 SO2 is one of my favorite winemaking ingredients, because it serves a dual purpose in a wine solution.  It is antioxidative, and it also inhibits the growth of microorganisms.

As an antioxidant, it works to block oxidative reations-- that is, the sorts of reactions that make your wine start to smell and taste like spoiled fruit.

As an antimicrobial, it helps prevent the growth of bacteria, molds, and yeasts that can grow in wine and turn it into vinegar, or otherwise spoil it.

It's true that SO2 can be toxic when ingested in high doses-- the number isn't exactly set in stone, because doctors don't want to kill people to find out where that threshold is.  They think it's somewhere around 190 milligrams per kilogram of weight (or about 86 milligrams per pound).  An acceptable daily intake is considered to be about 48 milligrams per day for a 150 pound person.  To put this in perspective somewhat, your body produces about 2,000 milligrams of sulfur dioxide just on its own every day, and that's also about how much you urinate out.

How much SO2 we add to a wine depends on its pH (the concentration of hydrogen ions in solution), but as a general rule of thumb, we target about 35 milligrams per liter of wine.  This works out to about 26 milligrams per bottle.  So unless you're drinking a bottle of wine and more per day, you're probably not in a lot of danger of overdosing on SO2.  And in all seriousness, please don't drink that much wine.  Share some with a friend, or cork it up for the next day.

And to add another layer of perspective on SO2, it's in quite a lot of food products.  Dried apricots can contain nearly 2000 milligrams per kilogram, and they're the reason that dried apricots are still a vibrant orange color, rather than a dark brown-- that's an antioxidation example for you.  It's in sugar, salad dressing, bottled fruit juices.  Mostly things that you want to consume in moderation anyway.

We add sulfur here in the form of potassium metabisulfite, or KMBS for short.  In water, the potassium disassociates and you get an active form of sulfur.  It's a powder, and we dissolve it in a small volume of hot water before mixing it into wine.  Larger wineries might keep a tank of pressurized liquid SO2 on site, which can be released directly into wine in tank.  For our purposes and size, KMBS makes the most sense for us.  And we take into account the alcohol level and the pH of the wine to make sure that we're only ever adding the minimal amount necessary to be effective against microbes and oxidation.

I hope this has shed a little light onto sulfur use in the winery.  If you've heard about some other ingredient in wine that you'd like me to talk a bit about, please feel free to comment and let me know.  I'm open and taking suggestions.